Good Omens is an uber high-quality TV adaptation of the best-selling Terry Pratchett and Neil Gaiman novel by the same name. As someone who has always found themselves rather intellectually subpar when it comes to appreciating either of those two authors, I have not read the book. So fellow dimwits may feel encouraged to read on. 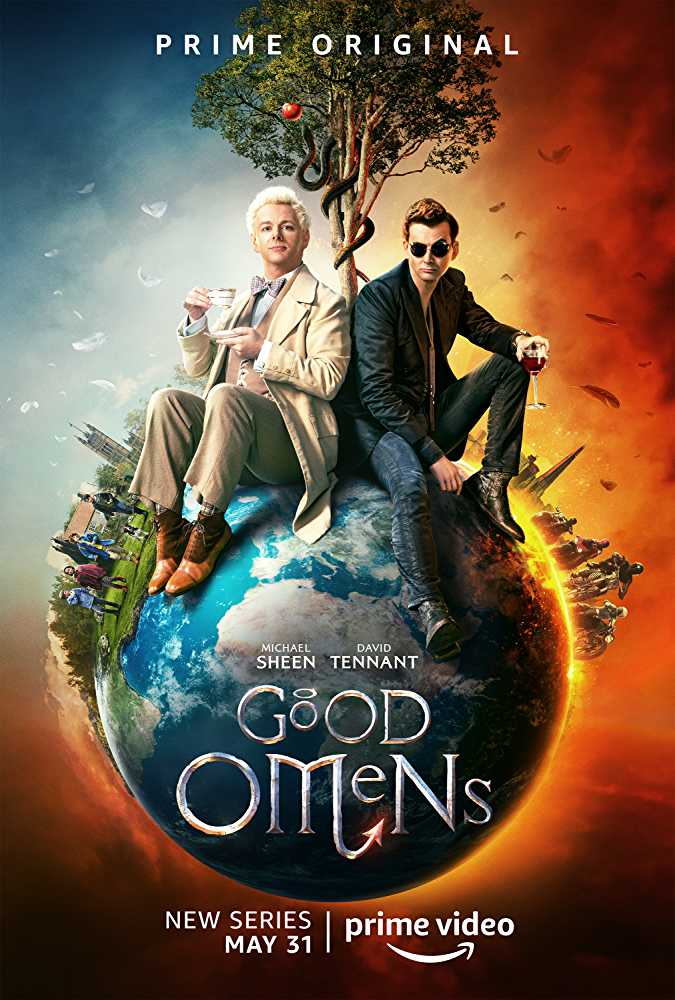 Good Omens is the story of two bumbling celestial beings – Aziraphael (the angel, played by Michael Sheen) and Crowley (the demon, played by David Tennant) – who are rather bad at their job descriptions in that 6000 years on Earth has turned both into humanity-sympathizers. In their time living among humans since their first stint together in the Garden of Eden, they have come to appreciate a good wine, a good sushi dinner and a good car. Which makes it rather difficult for them to digest it when Armageddon (the end of the world) rolls around.
While their fellow angels and demons prepare for the war to end all wars, these two make it their celestial life’s secret mission to try to save the Earth. The Antichrist is born on the planet and the two hilariously misplace him and spend the next 11 years trying to convert the wrong child into a fellow Earth-lover. They realize their mistake about a week from the end of the world, and spend the week debating whether to find the right child or to escape to Alpha Centauri while the Earth blows up.

Eventually the right Antichrist is spotted in a small village in England and all manner of people – a witch following the 300 years old accurate predictions of her ancestor, a witchfinder computer engineer who cannot find a witch or repair a computer to save his life, our friendly neighbourhood angel-demon duo, a possessed harlot from London and her senile tenant – converge upon the village in an effort to stop him. There are also the biblical Four Horsemen of the Apocalypse – Death, Famine, War and Pollution – who are summoned to the planet with executive responsibility of actually making the end come about. All in all, a guaranteed nail biting finish to see who wins in a comedy of errors of apocalyptic proportions.

The show features some beautifully written moments featuring the adorable friendship between the unlikely duo. There is intelligent humour and sarcasm in almost every dialogue. There is the undercurrent of a subtle commentary on how humanity is executing its own death sentence, and, particularly, the role of children in this entire mess that we adults have created. Basically, this show is too well-written, well-directed and well-acted for me to even feel worthy of opining on it.

Just six episodes in length, go binge-watch it on Amazon Prime and come back so we can swap notes on our favourite moments. I hear there is an asteroid heading for Earth on September 9 this year – so trust me, there are worse ways to spend a day between now and the possible end of the world than to watch this brilliant show about the end of the world.